Time Tours specializes in private, personalized transportation. We offer our clients well-researched travel programs, tailored to their tastes and interests, while offering them the possibility to adapt them to their desires, even on the way. 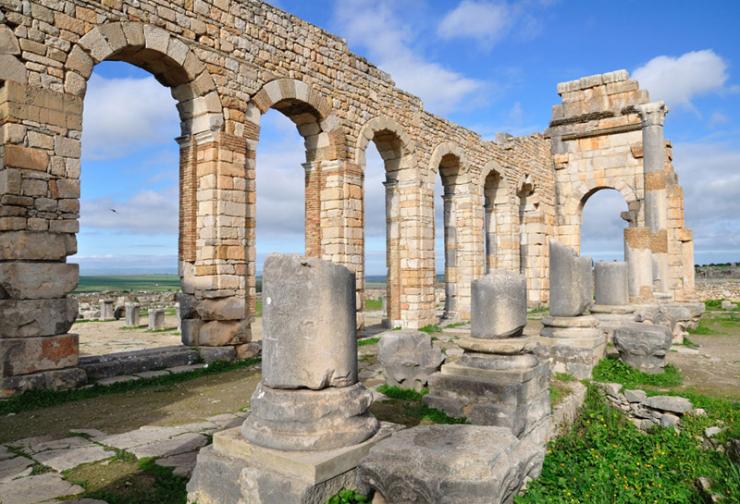 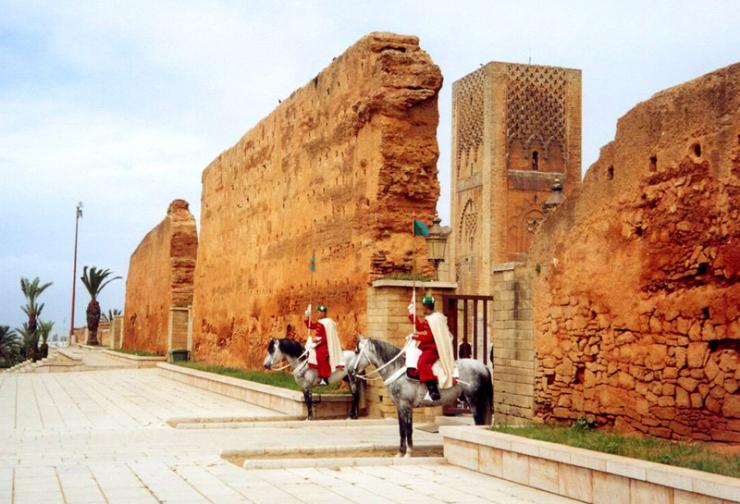 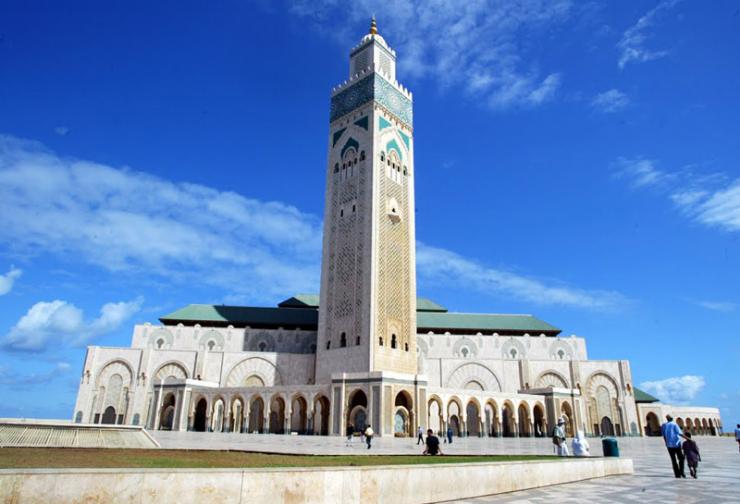 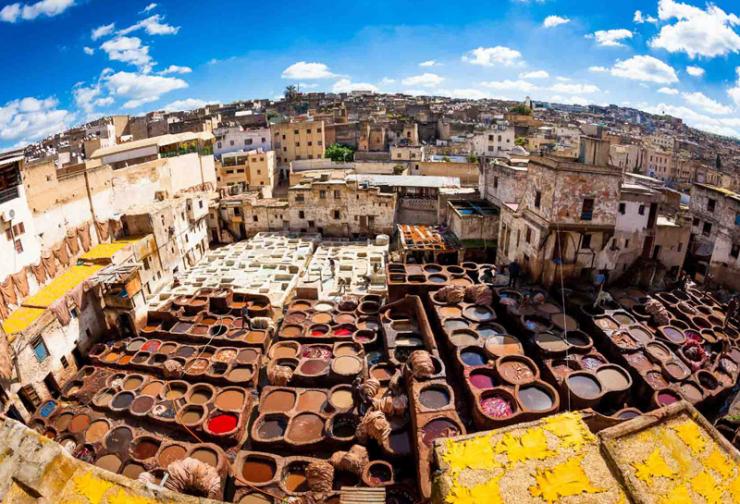 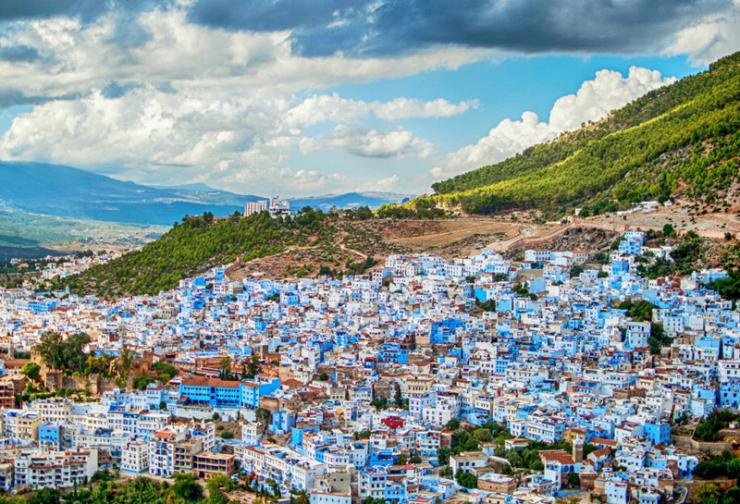 Day 1: Marrakech-Casablanca-Rabat
Your departure will be from Marrakech in the direction of Casablanca through Settat the economic capital of Echaouia.
Arriving in Casablanca, the economic capital of Morocco, you will visit the United Nations Place, Anfa and discover the Hassan II Mosque, architectural jewel of the Muslim faith.
After lunch on the spot, you continue towards Rabat, the administrative capital of the Kingdom and one of the four imperial cities of Morocco.
In Rabat, you can visit the Hassan tower, minaret dating from the reign of the Almohad dynasty and symbol of the city.
And not far away, the mausoleum of Mohammed V, a masterpiece of traditional Moroccan architecture, distinguished by its refined decoration.
You will discover the Kasbah of Oudaïa and its north gate, the oldest mosque in Rabat and its minaret decorated with arcatures, and also a 17th century semaphore, circular tower, pirate tower, Andalusian garden and finally the museum of Oudaïa, Museum of the Arts of the city.
You will be able to make a stop in the garden of the necropolis merinide of Chellah, you will appreciate its walls of earth and its monumental door as well as the still well preserved ruins of the ancient city of Sala.
At the end of the day you arrive at your accommodation where you will have your dinner and spend the night.
Day 2: Rabat-Meknes-Fes
After your breakfast, you will take the direction of the city of Fez.
On the road, you will make a first stop to visit the holy city of Moulay Idriss (first sultan of Morocco).
A second break will allow you to discover the Roman ruins of Volubilis, the archaeological jewel of the country. Located between fields of wheat and olive groves, they constitute a true museum of mosaics outdoors.
You will then visit the Imperial city of Meknes, the "Versailles Moroccan". Founded at the end of the 17th century, and known for its door Bab El Mansour, the most beautiful door of Morocco.
After the tour, you continue to Fez where you dine and spend the night.
Day 3: Fez
This day will be dedicated to Fes, imperial city and spiritual capital of Morocco.
Through its architectural, historical and intellectual heritage, its medina has been a UNESCO World Heritage Site since 1980.
You will visit the Medersa Attarine, a former Koranic school which serves as a boarding school for the students. It is a treasure of Merinides art, refined decoration in carved wood and zellige.
You will visit the Karaouiyine mosque, with its 270 columns and its 24 doors. Founded in 859, it is the oldest university in the Muslim world
You will discover the Royal Palace, the oldest palace of Morocco and its sumptuous golden door. It was erected in the 14th century on 80 hectares
You can visit the remains of the Tombs of the Merinides (dynasty ruling between 13th and 14th century) and the Place Nejjarine famous for its magnificent fountain decorated with mosaics, zelliges and stucco.
You will make a tour in the souk of Fez and appreciate its charm of yesteryear as well as the ingenuity and the know-how of its craftsmen in pottery, ceramics or jewelry work.
If you can resist for a few minutes the unpleasant odors, you can then discover the district of leather tanners and appreciate their work in a colorful frame.
You will dine and spend the night in Fez.
Day 4: Fes-Chefchaoun
Departure in the morning for Chefchaouen, sometimes called Chaoun.
It is a town in the north-west of Morocco, known for its verdant nature and the beauty of its Arab-Andalusian-style buildings in blue and white colors. It is also appreciated for its calm and tranquility.
It is built at 600 m altitude, on the Rif chain. The name of the city means in Amazigh Rifain "the horns", Achawen because of the mountain tops that dominate and surround the city.
At your arrival you can have your lunch on site. The cuisine is very healthy and respectful of the Mediterranean diet. It is also included in UNESCO's list of the Intangible Cultural Heritage of Humanity.
After your meal, you can start exploring the city. You will then be able to appreciate the Moroccan handicrafts and in particular the beautiful carpets realized in wool of sheep and woven by the hand.
You dine and spend the night on site
Day 5: ChefChaoun (Optional)
The town of Chefchaouen is surrounded by many sites that you can discover by opting for an extra day.
Nearby is the Talassemtane forest, the Toughoubite cave, the God bridge in Akchoure and the Ras El Maa spring.
The Cherafat waterfalls are also worth a visit.
You can also go hiking in the surrounding mountains.
Day 6: Chefchaoun-casablanca / Marrakech
You will have breakfast and then it will be the return trip to Marrakech.
You will have lunch in Casablanca, then you will take the direction of Marrakech.
You also have the possibility to choose Casablanca as the final destination of this trip. In this case, you can stay and spend the night.
You return to Marrakech at the end of the day.
Tour Details:
Departure: 8h Return: 18h
Recommendations: hiking shoes, hat, jacket and sunscreen,
Included: Half board (Breakfast and dinner)

Send us your request:

Success
Your request has been sent.
Error !
An error has occured, Try again later !
Error !
Fill in all fields, please!
Email invalid !
Error !
You have exceeded the limit of attempts, Please try again later, Next attempt will be activated after 35mins. 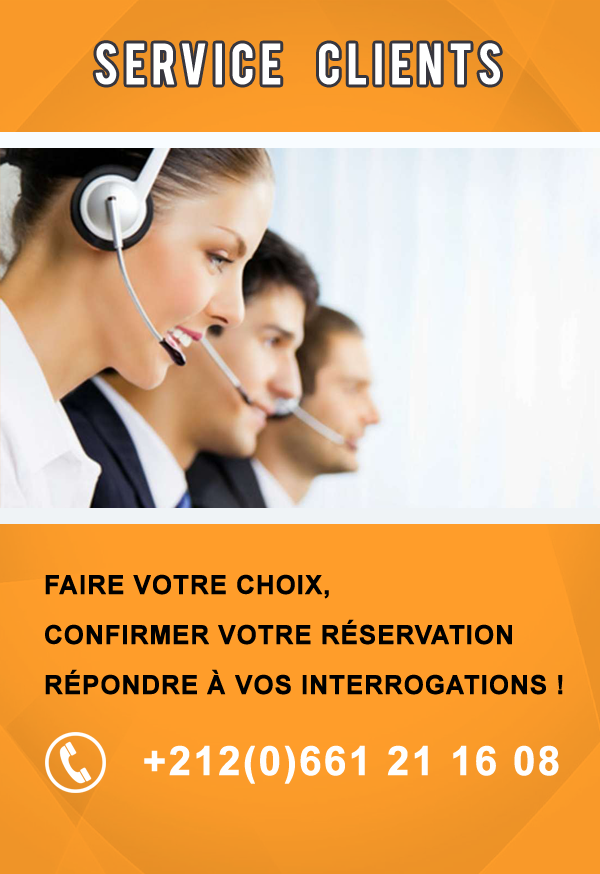